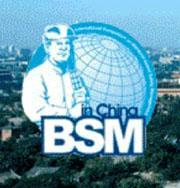 Over 300 people attended the 1st International Symposium on Behavior-Based Safety (BBS) and Safety Management this September, in Beijing, China: all of them eager to learn about the latest innovations and successes of the BBS process.

The Hispanic Workforce and Safety Culture

“Get Rich or Die Trying” is the title of rap song by artist 50Cent. Sadly, the title fittingly describes the experiences of many Hispanic workers in the United States. Recently, I became aware that Hispanics are the only demographic group in the U.S. whose fatality rate increased between 1992 and 2002. This increase triggered OSHA mandates targeting these workers.

Canadian Utility Generates a Safer Workplace with Behavior Based Safety

A large, sophisticated safety department and a strong concern for operational safety at one of Canada’s major utilities were not enough to avert several fatalities or avoid multiple major injuries—one resulting in a double amputation. “They were under serious regulatory pressure to bring their incident rate down, but they had really done everything they could do, except for the behavioral approach,” says Grainne Matthews, Quality Safety Edge (QSE) behavioral safety consultant.

Apparently the young hero came to the rescue of a female co-worker when he attempted to dislodge a “stuck” bag of Fritos she had purchased from a company vending machine. His “shoulder block” to the machine resulted in a neck-bone fracture. (No one knows if the damsel in distress ever received the Fritos.) Another case involved a compensation reward to a sufferer of COPD (a respiratory disorder) when his co-worker’s perfume aggravated his condition.