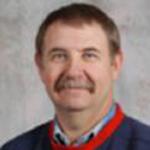 Can You Design a Behavioral Safety Process in Six Days? Yes!

When Bob Foxworthy, a behavioral consultant with Quality Safety Edge (QSE), received a year-end request to develop a fully operational behavior-based safety (BBS) process within six days, the “Mission Impossible” theme song began playing in his head. The request came from ICL Performance Products’ phosphate plant in Lawrence, Kansas. The plant had once successfully operated a behavior-based safety process that had gone by the wayside over a decade ago. Now, the facility’s safety team wanted to begin anew with a limited budget, a limited time frame, and an unlimited determination to make it happen.