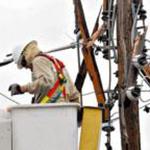 Three Types of Behavior-Based Safety: One Size Does Not Fit All

A user on one of the behavior-based safety (BBS) sections of Linkedin.com recently stated that he thought BBS was one of the “simpler” elements of an organization’s safety management system. Though I did not respond at the time, I considered that this comment was probably made by someone whose only experience with BBS was a STOP system, or one of the other relatively basic observation programs promoted by a number of organizations and practitioners.