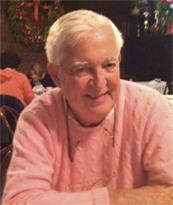 When Mike Johnson was 16, he asked his father if he could borrow his brand new Olds ’88 to drive to a late-night basketball practice. His dad gave him the keys, but after practice Mike had the typical teenage-guy idea. “When I got to the end of the driveway at the school, I decided to see how this thing would really run,” he relates. “So I stomped on the accelerator and peeled out. I mean blue smoke was coming off the back tires. About the time I let up on the accelerator, blue lights came up behind me.”

The little town of Saline, Michigan, (population 1800 at the time), where Mike’s father had relocated his family from Quincy, Illinois, was a prototype for Mayberry, RFD, with one sheriff—Sheriff Kirby. Kirby knew Mike’s Dad as a business owner and a member of the town council. When he walked up to the car window, he asked Mike one question, “Are you going to tell him or am I?” Mike answered, “I will.”

Mike went home, gave his father the car keys and his license and said, “Give those back to me in a month.” His dad said okay. “After a month, I got my keys back. Until the day he died, my dad never asked me what happened,” he says. “But I knew, he knew.”

Mike is a good storyteller and Vice President Domestic Sales for Quality Safety Edge (QSE). He’s also the program chair for the annual Behavioral Safety Now (BSN) conference—a fulltime job unto itself. Mike reviews all program submissions for keynotes, presenters, and papers and runs those submissions through the program committee members to ensure that attendees receive the information about safety—predominantly behavior-based safety (BBS) processes—that they expect. “Our audience is primarily frontline employees,” he explains. “Companies often use attendance at BSN as a reward for the effort, diligence, and participation in their safety processes. We want to make sure that people who want to present will contribute to the conference in a meaningful way.”

After five years of chairing the conference, the unexpected still happens, often down to the wire, with the inevitable, last-minute schedule and presentation alterations. “It’s an avalanche of minutia and details and changes,” says Mike. “But I really love doing it. It keeps me actively involved in the conference and I’ve established good relationships and friendships with the people that attend.”

With “stem to stern” responsibility for QSE’s domestic sales and the BSN chairmanship, Mike has his hands full, but he’s used to a challenge. He doesn’t say much about his tour as a helicopter pilot during the Vietnam conflict, but one would think that after that, not much can rattle his equilibrium. After leaving the service, he went to work as an industrial engineer for a large, multinational company that supplied the seats for General Motors, Ford, and Chrysler. “I was mainly given the challenge of human-factors engineering. Back then you tried to guard the equipment so people could not get hurt even if they wanted to by using cages and light barriers and pullbacks and all kinds of stuff. It wasn’t always the right answer because that slowed the work down which made the cost go up,” he says. However, he must have done well in his position, because after five years, the company promoted him to plant superintendent. Four years later, he was the plant manager, and finally the general manager of four of the organization’s plants.

One day, a client approached him and made him an offer he couldn’t refuse—the position of General Manager/CFO for a furniture company. By this time, Mike had completed his MBA at Wake Forest to add a financial balance to his engineering experience and degree from Eastern Michigan University. After five years in that position, he took an executive position at Ruff Hewn, a clothing manufacturer. During his five-year stay there, sales doubled every year.

“Halfway through that period, I attended a four-day seminar in Washington DC to listen to Dr. Edwards Deming. It changed my life,” says Mike. “My whole approach to business—how to treat people and how to treat employees—was completely changed. It’s data-based, it’s involvement, and it’s getting them to participate, commit and stop telling them what to do. Ask them what they should be doing.”

As an example of his new view on management, Mike tells how the drivers at that organization constantly complained about the truck they had to use for deliveries:

One driver was particularly vocal about the company not paying attention to employee needs. He came to me and said that we needed to replace the delivery truck. I said, ‘Okay go shopping.’ He picked a good truck with some features that prevented injuries when loading and unloading. I said, ‘Well tell me how much it is.’ I went to appropriations and they gave us the money and he had his truck. He was stunned. Well not only he was stunned but the others in the whole plant were stunned because now he was very vocal about saying, ‘They told me that what I needed was what we were going to get.’ That seminar changed my life and the whole way I approached management. 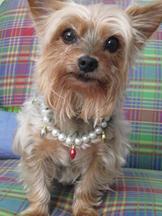 In the early 1990s, Mike went off on his own to work in the private-label business selling U.S. clothing to Japan. It was good business until the mid-90s market downturn, so Mike moved on to another management position. “I walked in the door and it was the same problems, the same issues, the same absenteeism, bad quality, returns, and late deliveries—all that kind of stuff,” he recalls. “Out of frustration after a couple of weeks I called my brother-in-law who was the head of Dow Chemical’s Quality Performance Initiative that completely turned that company around in terms of quality and productivity. I was telling him about my problems and he says, ‘Call Aubrey Daniels!’ and hung up the phone.”

It was to be Mike’s next encounter with behavior-based Performance Management and also where he met Jerry Pounds, now QSE’s President, International Business. “Jerry did his thing and it flipped around the company. We were shipping on time 62-64 percent of the time, but in six months were shipping 99 percent of the time on time with a shorter lead time than we had before. We reduced our inventory turns from two to 15 times a year which made the bottom line of the company go up something like $2.5 million,” Mike says. 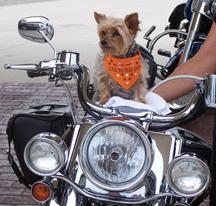 Mike began appearing at events to tell people about the successes he had experienced using behavior-based management methods. He was so convincing that Aubrey Daniels offered him a sales job which he took and remained with until Marsh Consulting purchased the company’s safety business. That position went well until Marsh lost an unrelated suit and closed several consulting divisions. At about that time, Jerry called and asked, “Why don’t you come and work for QSE?”

That was six years ago and a positive development that in retrospect seems to tie together with all of his past career experience. “The circle does get smaller, doesn’t it?” Mike comments. Today, Mike and his wife Liza, live in Charleston, South Carolina. His two children Derek and Jenny have made them grandparents (Paw-Paw and Li-Li, respectively) with Derek’s son, Cal, and recently born daughter Sylvie, and Jenny’s daughters, Allie and Caroline. In his spare time, Mike confesses he is obsessed with crossword puzzles. Saddened over the loss of his 15-year-old Lab, he was persuaded by Liza to purchase a six-pound Yorkshire Terrier—Daisy. “She’s a real yipper. She thinks she’s a Doberman and she rules the house,” says Mike. At about this time of the interview, Liza remarks from another room that he’s telling too many stories. I do love to tell my stories all the time and she’s heard them all a thousand times,” he confesses with a laugh.