Bob Foxworthy: A World of Experience

It seems as though Bob Foxworthy, Senior Vice President, Quality Safety Edge (QSE), is in a different country every week and in the interim racking up frequent- flyer miles. Ironically, this world traveler, who grew up in Fort Myers, Florida, is the same person who thought he had moved to “the North” when he first moved to Atlanta, Georgia. “My parents never traveled,” he explains. “Atlanta was the farthest north I’d ever gone.”

Foxworthy moved to the “northern” city of Atlanta to attend college at Emory University. There his penchant for taking a fork in the road seemed to have awakened. For example, he was a psychology major up until the last day of his junior year when he decided to rethink his academic focus. “I was disappointed at the lack of sanity of the professors in the psychology department, so I changed fields,” he says. The new field was geology, because he discovered that his pre-med, science, and math courses would apply to that department’s curriculum. “I thought perhaps I would go into exploration for the oil companies,” he explains.

After completing his undergraduate degree, Foxworthy applied to pharmaceutical school and was accepted, but he changed his mind again and decided to stick it out at Emory as a graduate student majoring in chemistry. That’s when a pivotal event brought him back into the world of psychiatry. He learned of a volunteer position at Georgia Regional Hospital and after being interviewed and accepted, he began working there on the children’s unit. “I discovered that I loved it,” says Foxworthy. “It was very different from the experiences I had at Emory University. Suddenly a whole world of applied psychology opened up for me.”

It was the mid-seventies and Foxworthy found himself in a hospital that was well-funded (strongly supported by then-governor Jimmy Carter and his wife Rosalynn) and run by an innovative staff that included psychiatrists, medical doctors, music therapists, educational specialists, social workers, special-education therapists, RNs and LPNs. “It was a very rich, eclectic environment. The idea was to use whatever worked for the patients including behavior modification,” Foxworthy recalls. He soon found himself being mentored by three Cuban psychiatrists: Dr. Blanca Anton, her husband Dr. Manny Anton, and Dr. Adolpho Ponce de Leon. “These three people were all board-certified child psychiatrists. They took an interest in me, treated me as an intern, and they changed my life completely,” Foxworthy comments.

Foxworthy had studied Spanish, listened to Radio Havana, as a seven year old in South Florida, and was surrounded by Spanish-speaking people during his childhood in pre-Disneyworld Florida, which he describes as then being more like a Caribbean country than the Unites States. “Although Florida was actually geographically further south, I didn’t really enter the Deep South until I went north to Georgia,” he jokes. His knowledge of Spanish became a mutually beneficial skill set for him and for the doctors. “Their Cuban accents clashed with the Southern accents and Atlanta slang.  I understood both idioms fairly well and served as a translator between psychiatrists and patients,” he says.

In fact, Foxworthy spent so much time at the hospital that the doctors suggested he apply for a paying position there. He applied and was hired as a psychological technician with the duties of administering the behavioral treatment plans designed by the unit psychologist. Foxworthy was eventually promoted to that position where he designed behavioral treatment plans and ran a token economy for the patients. After completing his master’s of education specializing in psychological services and counseling from Georgia State University, Foxworthy joined his mentors as a counselor in a new clinic where as part of his development he attended therapy coaching. “I was trained in how to listen during those sessions and that was one of the most important lessons in my life,” he says.

At this point his colleagues confronted him with an intervention of sorts. They convened in his office and told him they all agreed that he should attend medical school. He protested that his grades weren’t high enough and that he was too old . . . he was a ripe old 24 years of age at that point. “Okay, then why don’t you apply to medical school in Spain or Brazil?” they asked. He did and was accepted to the University of Granada in Spain. However, by the time the school sent him a letter of acceptance, Foxworthy had given up on hearing from them and had purchased a pricey trip to Brazil. With the naiveté of youth, he wrote the school a letter asking them to postpone his acceptance for one year. “I didn’t realize it at the time, but I probably shouldn’t have written that letter. I should have just gone,” he now admits. 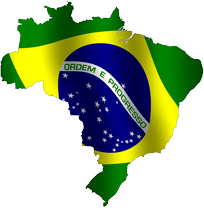 Instead, he trekked off on his journey to Brazil where several students there convinced him to apply to a Brazilian medical school. Upon his return to Atlanta, Foxworthy sold his possessions, said goodbye to his friends and family, and left for Brazil with the intentions of never returning. Once there he began studying Portuguese, but encountered yet another fork in the road. His plans fell through due to red tape and financial demands. “That experience was a very good one for me. I put everything I had financially, emotionally, spiritually, and intellectually into this endeavor to learn Portuguese and get into the medical school there in Rio. And it didn’t work out. It actually has become one of the strongest life lessons for me I’ve ever had . . .  to have the experience of doing everything I can do and still not winning. That may sound odd since I didn’t achieve what I went after, but I came back with more than I thought I would gain. I came back with a great knowledge of myself and a growing understanding of cultural differences. So I returned to Atlanta and got a job with Peachtree Parkwood Hospital, again in the children’s unit , he also latter worked at Georgia Health Institute (GMHI),” he relates.

Strangely enough, Foxworthy’s acquisition of Portuguese played a major role in meeting his wife of 35 years. He responded to a request by Georgia State University to act as a translator for several Brazilian diplomats at a function held in Underground Atlanta’s Golden Dolphin restaurant. Foxworthy showed up, but the Brazilians didn’t. His future wife had also arrived for the occasion and they struck up a conversation. “I was speaking to her in Portuguese. She was from Peru and was speaking to me in Spanish. She thought I was Brazilian the whole night,” says Foxworthy.  “She and her family speak Spanish, so I hear Spanish every day and I now watch the tele-novelas with my mother-in-law.”

Today Bob and his wife, Teresa, have four grown and very accomplished children. One of his twin daughters, Natalie and her husband work in the Embassy of the United States, in Manila, Philippines. The couples’ work moves them to a different country approximately every two years. Currently they are learning Croatian in preparation for relocation to Bosnia. Cecilia, Natalie’s twin, ran a New York based enterprise—Global Goods Partners—a small firm helping women in third-world countries to design, develop, and market their goods and handicrafts in the United States. She currently works and lives in Cochabamba, Bolivia, and travels the world connecting with artisans. She has also lived in Costa Rica and has spent months camping and traveling throughout Africa. Carlos, Foxworthy’s oldest son, is a successful graphics designer and computer animator who has developed ad campaigns for high-profile clients such as National Geographic and Apple Computer. The younger son, Alex, is completing his doctorate in neuroscience at Virginia Commonwealth University in Richmond, Virginia. Of course, Foxworthy is very proud of his children. “Our goal was to raise children who were successful by their definition . . .  and sane. I think we’ve done that,” he says. “I’m very pleased that they all have interesting, exciting, and challenging career paths.”

Foxworthy’s career path could be described similarly. After his years with Georgia Regional followed by his years as a mental health counselor, he joined a behavioral consulting firm founded by Fran Tarkenton—better known at the time for his NFL career than for his new company, Behavior Systems, Incorporated (BSI). BSI was one of the first, if not the first, consulting firms to apply behavioral methods to business. “That was experimental in those days,” says Foxworthy. “No one had ever done that before and the big question was, ‘Will it work in business?’ because what we were doing certainly worked in the hospital.” At BSI, Foxworthy was trained via behavioral methods in how to be a consultant. “I’d have 30 behaviors to master in a month, for example, and if I mastered 100 percent of the behaviors, I received 100 percent of my salary. If I only mastered  80 percent, I only received 80 percent of my salary,” he explains. At BSI, where he worked for five years, Foxworthy enjoyed working with clients such as Milliken Textiles, Exxon, and Pan American World Airways. He even had his own office in the Miami International Airport.

He later joined Wilson Learning as a commissioned salesman/consultant for training services where he remained for four years before opening his own consulting firm: Foxworthy Consulting International at which time he joined with Aubrey Daniels International in a large project with Philadelphia Electric Company (PECO). He later refocused on his own business which became quite lucrative with clients such as Tropicana, Ocean Spray, and the James River Paper Company. During those full-plate years he helped the third largest law firm in the United States merge with the fourth largest law firm, making it the second largest law firm in America.

Approximately eight years ago, Foxworthy joined Quality Safety Edge, where he worked with Terry McSween and Jerry Pounds to land a contract with Lockheed-Martin. He has also worked in Chevron’s oil refinery in Wales, in Pascagoula Mississippi, and with Corporate Leaders in Houston and in Northern California. Another of Foxworthy's affiliations was with the Continuous Learning Group (CLG), and he also maintains a six-year consulting relationship with Crown Equipment Company in New Bremen, Ohio. When he isn’t traveling, Foxworthy lives in Virginia with his wife Teresa, their two Persian cats and their chocolate Lab. He has two grandchildren: Eva, two-years-old and Damien, four months. Foxworthy actually takes time for a hobby—painting in acrylics—before he has to hit the road (or the airways again). However, Foxworthy seems to experience his work as an adventure filled with opportunities rather than as a job. He describes it this way:

I’ve really had great luck in my life. I have had good fortune in the clients that I’ve worked with. I was wondering what I gain by traveling all the time and for most of my life working in some other state than the one I live in. What is it that I take away? Well, I get the opportunity to meet some of the most interesting people in the world and they actually become personal friends. That’s one of the things that has kept me going and it is also a source of satisfaction to see client metrics improve, whether in quality, production, reliability, safety, or leadership. The beauty of the behavioral model applied in business is seeing the numbers always increase and the results are often far beyond the expected!