SMI Steel-South Carolina has had their hybrid Behavior-Based Safety Process in place since 2002. Under the leadership of Allen White, Safety Director, SMI-SC created their own "in-house" observation process ("ORO" or Others Reminding Others) in 1999 and in 2002 selected Quality Safety Edge (QSE) to help them enhance their process and capture the best of both ORO and Values-Based Safety® (VBS). Key changes focused on increased positive feedback for safe practices, developing a comprehensive observation checklist, and improving the tracking and use of observation data.

The "ORO Enhanced Process" was kicked off in August 2002. By the end of 2002, SMI Steel-SC was able to achieve an OSHA recordable rate of 1.9 per 200,000 hours, cutting the old rate by 50%, and in October hit One Million Man-Hours without an LTA. In 2003 SMI-SC was ranked #1 in safety among all steel mills in the country. To quote Allen White, Safety Director, "Values-Based Safety® helped us advance our Safety Culture. You can talk about a Safety Culture but until you see people doing it, you don't have it. With VBS we have it!" 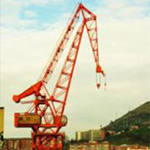 The work established an innovative teamwork approach to the Values Based Safety® process and contributed to the improvement of regional HSSE performance, as measured by the 14-point HSSE Assurance Tool, allowing British Gas South America to end the year 2004 with the lowest British Gas group region (Lost Time Incident Frequency) LTIF. 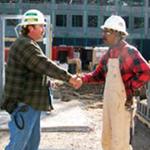 Despite the unique challenges of the construction industry, Linbeck Construction Corporation in Houston, Texas has achieved a 50% reduction in their incident rate with a Behavioral Safety Process.

Linbeck Construction, a Houston based general contractor, has historically had lower injury rates than their industry. In 2002, Linbeck's medical attention case rate was 4.8 and their lost time case rate was only 1.3.

As a result, Linbeck's worker's compensation insurance rates were lower than the industry average. As result of improvements in the industry's safety record, Linbeck anticipated that the advantage they enjoyed in comparative worker's compensation premiums would erode. Company executives were committed to maintaining their leadership position and looked to meaningful employee involvement to further decrease their incident risk.

Devon Energy is Partnering for Safety

The Devon Energy, Exploration and Production group in Bridgeport, TX has implemented a unique Values-Based Safety® process that involves partnering with contractors as well as Devon employees. Even though Devon employees had relatively low incident rates, they had a strong concern for contract employee injuries in their gas well drilling, construction, and completion operations. Under the leadership of Jay Ewing, Completion/Construction Supervisor, Devon moved ahead with VBS planning and invited key contractors to voluntarily participate. Six contract companies showed up at the Design Team Training and at its completion were excited to continue. Over the ensuing 6 weeks the 17 member team created the S.A.F.E. (Safe Actions For Employees) process that included a thorough plan for conducting observations at lease locations involving co-observing of rig hands, consultants, and other contract personnel. They later added a plan and checklists for driving self-observations, office activities, and a Spanish version of the operations checklist. Contractors participated in observer training along with Devon employees and the process was launched in March of 2004. Since that time, other contractor companies have come on board and been trained to conduct S.A.F.E. observations as well.