Carter refers to the largest interstate natural gas pipeline in the United States—approximately 42,000 miles of pipe—operated by the El Paso Corporation, based in Houston, Texas. He speaks from Brentwood, Tennessee, where his division’s employees maintain the giant engines that help pump more than a quarter of the natural gas consumed by Americans each day.

With 30 years of safety training and application under his belt, Carter’s career includes a 12-year stint in Houston where his original employer, Tenneco Gas, eventually merged with El Paso which operated natural gas pipelines from Texas to California. “When people turn on their burners to cook baked beans in Boston, they often don’t realize that the gas may be coming out of the Gulf of Mexico,” he says. He adds that even with the motto “We go from Bakersfield to Boston” the organization’s pipelines run in a few other directions as well, with much of the natural gas coming from offshore Louisiana and Texas.

People are generally familiar with the dangers of drilling and exploration that are also part of the company’s operations, but Carter relates that the natural gas side of the business is very low risk. “We often lead the pipeline industry in safety. The natural gas industry is just a tremendously safe environment,” he states.

In fact, years ago, the incidents that spurred Carter to explore behavior-based safety (BBS) occurred primarily in the spring and summer months when employees left the compressor stations to construct and repair pipelines. “I believe in educating myself, so I was looking for a way for our safety to be even better. We were trying to get to that next step,” he explains. That’s when he sent a member of his senior staff to attend a behavior-based safety conference. “He came back and told me that this was what we needed to be doing, but the approach he heard would never work for a pipeline organization,” says Carter.

Repair and maintenance of these giant pumping engines poses the primary setting for possible injuries such as slips and falls, pinch points, and line-of-fire incidents. Self-observation and peer-to-peer feedback regarding safe working behaviors keep employees involved in the safety process.

Fitting BBS to the Pipeline 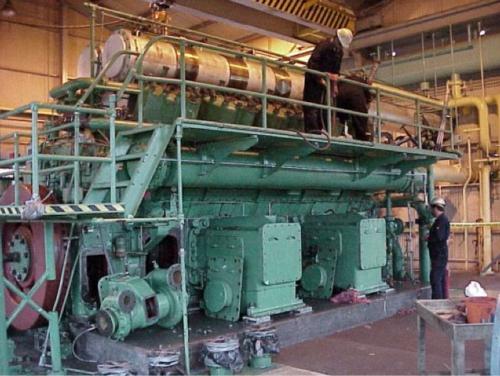 The pipeline organization is set up as a series of small facilities. An area manager may be responsible for up to four facilities, each separated by 50 to 100 miles. The main business of each plant is to keep the gas flowing by maintaining the huge engines—some as large as a school bus. “Many of the engines have seemingly been running constantly since the early forties. As long as you keep them in good repair, they’ll keep pumping gas safely and efficiently,” says Carter.

Remote facilities, independent workers, and temporary summer hands: it was a scenario that some BBS professionals, accustomed to assembly plants or manufacturing facilities, weren’t able or willing to tackle. “They had their model and they just weren’t flexible,” recalls Carter. “Luckily we found Terry. He was willing to take the concepts and mold them to fit our operation.”

That meeting between Carter and Terry McSween, president of Quality Safety Edge (QSE), a behavior-based safety firm, took place in 1992. “I realized that this was where we needed to be going to make a step-change in our safety program. We had gotten to the point where we just couldn’t reduce our injuries and unsafe behaviors any further. So we worked with Terry and we took about a year to implement the process through the entire pipeline organization. We’ve been doing it since 1993/1994. I’m a big proponent of behavior-based safety,” Carter says. “I follow Terry, Scott Geller and Thomas Krause. Those are who I consider the big three guys in the realm of behavior-based safety.”

With the benefit of having a hands-off executive management team, that gave virtually free rein to the subsequent safety committee of 30 members from around the country, the organization developed a comprehensive system tailored to the pipeline industry. “This was truly the first ever employee-led process in our company. Likewise, the team named the process ESP: the Employee Safety Process. The guys on the committee were rank-and-file workers. When we went to the first location to pilot the process, it went over so well that we knew it was going to succeed,” Carter says. “You light the fuse and there you go; you’re off and running.” Within the first year, one division of 300 employees had completed 6,000 safety observations and the other three divisions weren’t far behind.

Today Carter remains a firm advocate of BBS, an ingrained approach to safety that has weathered the changes of automation, smaller workforces, and economic recession. The primary goal of keeping the big engines pumping and in repair remains the same, an endeavor that poses the primary setting for injuries. “You can have slips and trips because you are going up and down ladders and steps all day. You’ve got basements that have to be walked through and inspected. You’ve got the operating floor and every engine has a catwalk. You have to go up there and take readings so you have a lot of up and down on areas like that,” he explains.

Carter compares the state of BBS in his division to that of getting one’s body in shape and developing healthy habits. “All of a sudden you’re healthier and you kind of forget how you got there,” he says. “We tend to forget what got us to this point because we’ve been doing these things for 15 years; and that’s why we’re still good now. Sometimes we lose sight of the importance and value of doing observations because it’s just been an accepted part of our safety processes and culture for so long.”

Carter knows that just like the big engines, BBS must be continually maintained. His division recently re-energized the process by viewing and discussing QSE’s new safety video modules. Also, reward, recognition, and small celebrations remain a key part of the safety process. Training in self-observations for lone workers and mentoring one another by performing dual safety observations has also kept employees involved.

According to Carter, none of this would have been possible if the organization had not first secured the trust of its workers. “One of the main things is that you’ve got to ensure that you have a trust environment built in because you’re out there writing on a piece of paper and anytime somebody’s walking through writing on a piece of paper, it can be perceived as a ‘gotcha’ program. We got that trust because we showed early on the managers weren’t the ones doing it; your fellow employees were doing it and there were no names on it,” he says of observations. When the process was launched, supervisors were not allowed to do observations until safety performance observations were accepted by the workforce as an anonymous but effective way to help people work more safely.

El Paso employees have discovered that the safety observations also impact quality. Carter relates that he often hears from employees that while performing a safety observation, they discovered a better approach to doing a task. “When we were watching ourselves work safely, we got quality innovations,” he relates. “So BBS is really a quality improvement process as well.” 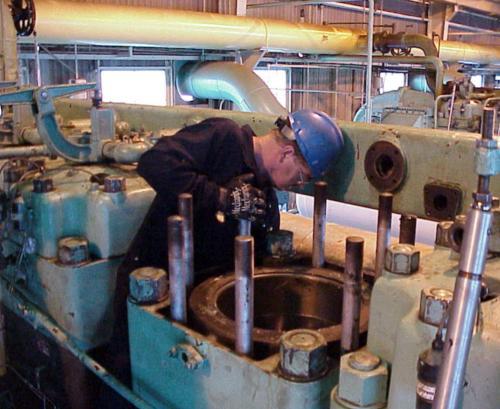 In Carter’s division, the pipeline maintenance/construction and engine maintenance workers face the highest risk of injury; yet they have very low incidence rates even with a smaller workforce. Carter believes that everyone can get even a bigger “bang for their buck” out of the process by analyzing the data to more successfully target problem areas.

This year, the division’s employees have decided to focus even more on asking, “What is our data telling us?” and Carter asserts that this must be done at the local level. “You have to let each community of workers look at their data, and then decide what they need to work on,” he explains. “I don’t believe you can effectively roll the data up to a corporate level and make it meaningful from an injury prevention standpoint. You can aggregrate some of the information such as participation: the who, when and where.

“Because the data are coming in from different plants, the management team must be skilled in asking the right questions of the employees doing the observations and of the safety committee members that are ‘analyzing’ the data. In our Central Division operation, we’ve got 20 plants and they’re divided into five work units. The approach of identifying a statistically leading behavior for the entire division may be easier, but that type of shotgun approach does not take into consideration the specific behaviors of each individual work community. The manifestations of the data should be that each work group is concentrating on what they identify as their problem area or concern and not a ‘fix-all’ program provided by a safety professional.”

The problem Carter faces now is a good one to have. “When you are asked about return on investment or whether the numbers have gone down, it’s difficult because we are so low already, although obviously the goal is always zero,” he comments. “Here’s what I can tell you: I know that in one year our division employees conducted 6,000 observations and that means at least two people stopped to talk to each other about safety for five or ten minutes and we are a safer workforce because of it. That means we are also a more productive workforce and we have better quality work. What a nice win, win, win situation that started out simply as a safety behavior observation process.”